As bloggers, I feel that we have an obligation to tackle the serious issues. We have a duty to discuss things that are sensible and meaningful. It can’t all be links to funny sites and complaining about work. Sometimes we just have to bare our souls, roll up our sleeves, put our noses to the grindstone, mix metaphors, and get right down to the nitty gritty.

Today I want to talk about “debate.”

Debating has been with us for time and memorial. Hubert Humphrey said, “Freedom is hammered out on the anvil of discussion, dissent and debate.”

Every era has had events or issues that have polarized the people.

In the 50s it was the threat of Communism.

In the 60s it was the Vietnam War.

In the 70s it was the gas shortage.

You get the picture…

And this era is no different. We are not exempt from facing an issue that strikes us at our very cores and runs the risk of tearing familes apart.

Too few have been willing to talk about it. But, I am not afraid. The time is now. We must ask ourselves…

Who is the hottest girl on “The O.C.,” Marissa or Summer?

For me personally, the debate began and ended with the words “Wonder Woman costume.” If you saw it, you know what I mean. And I still think that “Summer” is hotter, but this year something weird happened.

For one, the stylists on the show have been downplaying Summer’s hotness, in favour of playing up her cuteness. Presumably so that people will buy her and Cohen as a couple. Fair enough. And she is still quite cute.

At the same time, something has changed with Marissa. A maturation, if you will. (This probably has a lot to do with Mischa Barton becoming legal age, but it’s best not to delve too deeply into that.)

But, the writers wouldn’t let Marissa enjoy being hotter for very long before they put her through the electric skankifying machine. And the machine was set to “full-on.”

So, now we are stuck with the age-old debate between “cute girl next door” and “leggy skank.”

I’m sorry Samaire Armstrong fans, I am not throwing her into the mix now, despite the fact that she is returning this week. (With long hair!!!)

I would like to go on record, right here and right now, as saying that Taylor Townsend (Autumn Reeser) is the hottest character on the show. 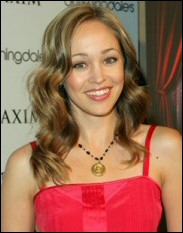 I hear the shouts of “Blasphemy!” But, it is okay. Let it sink in. Think about it a bit.

She’s gorgeous. She’s funny. And she’s just the right amount of crazy. Folks, it don’t get any hotter than that.

Watch an episode with her in it closely. You’ll see it.

I feel better now. I like using my blog for good. I like to inform and educate.

I was, however, starting to feel like maybe this was a weird topic for a grown-ass man to be tackling. But, realizing that Ben “Don’t Call me Benjamin” McKenzie is likely old enough to be someone’s grandfather really took the sting out of it.

One thought on “Debate”